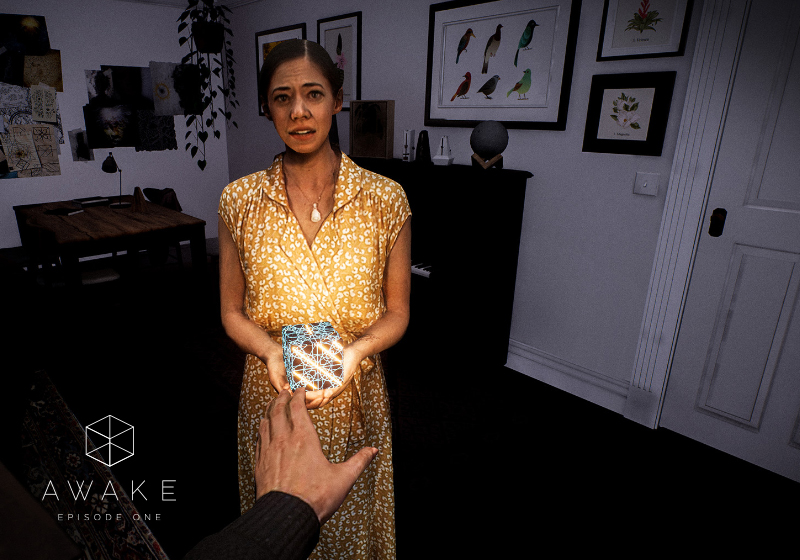 Collaborate with the wider project team to develop the UX, Onboarding and Art Direction for AWAKE Episode One. A lot of the work had already been completed. Iterations were made to improve the user experience around the ‘light’ interaction rules.

Additional set design was required for Episode One. In particular the ‘Crazy Wall’ which consisted of a collage of selected drawings, scribbles and artworks. Without giving to much of the story away, there was a particular theory and sentiment that needed to be depicted on the wall which was integral to the complete set design and storytelling.

I was tasked with working on the already existing user navigation and interaction paradigm. While there was a beautiful mechanism in place, it was deemed over complicated from user testing feedback. The strategic approach was to ‘play and learn’ and not to ‘teach an instruction’.

Enter the world of AWAKE, a ground-breaking first-person cinematic VR thriller, that blurs the line between memories, dreams and reality. In Episode One, you are a new presence in the story of Harry; a man obsessed with solving a mysterious lucid dream. It’s an obsession that has also cost Harry dearly and now he is stuck, waiting for release. You are the witness and it’s time for Harry to wake up! As the ever deepening layers of Harry’s story are revealed a sinister force could lead to Harry breaking one last time. AWAKE presents a rich new genre of immersive cinema, for you to discover.